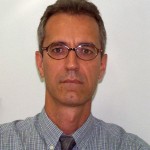 Medicine is an imperfect science (hence it’s an art) but it’s also a craft, and it has always tended, perhaps more for the latter than the former, to want to act, to do something, even to no avail, to the extent that it often causes serious damage (bleeding) or if there is a beneficial effect, it is often not apparent until years later (Jenner’s smallpox vaccine); it acts with the aim of demonstrating that something is being done; moreover, adding successive interventions to show that everything that could be done has been done. Why this desire to act and to do more each time?

There may be several reasons. One of them, a simple one, is linked to the profession itself and to private practice (private insurance) is that; if you’re paid to do it, you end up doing more than required, especially when it comes to diagnostic tests; always with the best of intentions so as not to forget anything, collecting the maximum information with the aim of covering any remote possibility of any unlikely diagnosis. Defensive medicine emerges from here and occurs more in countries with over employed lawyers where the fear of litigation –founded on increasing casuistry- leads to an increasing number of tests. The case of Dr. Daniel Merenstein, a 3 year resident with a patient and the PSA is well known (you can read it at “Winners and Losers”, a JAMA “A piece of my mind” Section article).

It doesn’t stop being a vision that completely neglects the other side of the coin, as if the diagnostic tests were harmless, as if, leaving aside the ionizing radiation from many imaging tests, there was no risk of false positives, false negatives with all their consequences; something similar to countless laboratory tests and biomarkers within reach. There is no perfect test that discriminates with 100% accuracy, nor is human nature itself, always heterogeneous in the extreme (fortunately rare).

It is sufficiently well known that the more variables that are explored, the greater the risk of finding significant results simply by chance; hence the need to correct the level of statistical significance (the famous “p”) in studies with multiple comparisons, such as genetics where they analyse many polymorphisms. Many of these genetic studies of broad scope, generated mostly by technology and its increasingly lower cost, than for a prior hypothesis (authentic fishing expeditions), to rule out pure chance, should apply extremely low values of statistical significance. With the proliferation of imaging tests with a higher and higher resolution, we now speak of those “incidentalomas” to describe those incidental asymptomatic findings exposed while looking for unrelated things; no need to specify the ethical and practical implications that this entails. It’s the same when genetic tests are requested indiscriminately.

There is another reason that can be invoked in order to explain this increased desire to add more than to subtract. Psychologists and economists, academic areas that grow increasingly closer, talk about loss aversion in the sense that we are more affected by the loss (what we had and we no longer have or what we were doing and we are no longer doing) than by the possible gain. That’s why we find it so hard to abandon practices, many simple routines, as one engages autopilot, which do not provide us with any useful information or maybe even worse, may pose a risk and an unnecessary expense.

Excessive medicine, without critical reasoning in acting, can be neither good for patients or for the health system. Don’t forget that when we speak of a health system, we are referring to a universal insurance (for all people) and that this allows us to spread the illness and financial risks of an increasingly expensive health care system. Most of the health budget however, is in the actual hands –the real hands not figuratively speaking- of health professionals when they’re applying tests or prescribing treatments. When the interventions (preventive, diagnostic or therapeutic) for a particular individual do not add value, we are also wasting the shared and limited public resources.