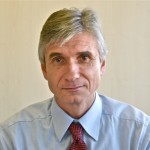 VISC+ is a project under the Big Data, the new observational research methodology that makes use of the high availability of data arising from the mass digitization of the modern society activities, added to the analytical potential of current technology. The European Union is generally allocating and in particular in health area, both for the added value it can bring to the public services development and for the revitalization in the field of entrepreneurship. For example, between 2016 and 2020 the EU will invest 500 million Euros to Big Data (in health, energy and manufacturing related projects), while private companies will contribute 2,000 million Euros.

Similarly, the European Institute of Innovation and Technology’s KIC Health Initiative (communities of knowledge and innovation) has one of its nodes in Barcelona, and AQuAS is one of its associate members. KIC Health has a budget of 2,100 million for the coming years and counts with the participation of public and private sector, this being a requirement of the initiative. This space between public initiative and innovative company is where the aforementioned methodology should find its most prolific field, being one of the strategic lines, along with others such as cancer or aging issues. 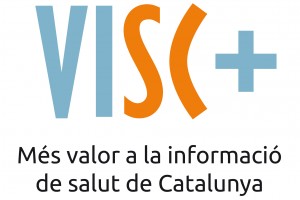 Tim Kelsey, National Director for Patients and Information from the National Health Service England, argues that the application of this methodology in public health services is a moral obligation for responsible institutions, because it represents a tool for analysis and continuous improvement. AQuAS, sharing this thought, promoted VISC+, with the ultimate goal of improving the quality of health care provided to citizens. To do this, VISC+ share the health information generated in Catalonia completely anonymously and safely in order to promote and facilitate research and innovation in health sciences.

However, as it often happens with new technologies, doubts have emerged and, what is worse, mistrust. There has been talk of selling data, loss of privacy, profit, opacity and a conspiracy with the pharmaceutical and insurance companies in the private sector aiming for more and more profits. Politically (resolution of all parliamentary groups), an invitation to reflection and social debate has been called for. From AQuAS, convinced of the necessity of involving the stakeholders in order to improve the project, we are conducting information and debate sessions with them. Also has enabled a website where in addition to extensive information about VISC+, citizens can participate giving their own opinion. If the VISC+ project has been the cause, so be it, because deliberation is always positive and these crucial tools for massive data analysis, that are generating a paradigm shift in the examination of reality, are here to stay. It will take, yes, a continuous review of its putting into practice.

The VISC+ project since its inception counted with the appraisal of the Catalan Authority of Data Protection – Autoritat Catalana de Protecció de Dades (APDCat) and has the support of the Health Research and Innovation Council – Consell Assessor de Recerca i Innovació en Salut. However, given the importance and complexity of the project, AQuAS considers necessary to rely on the maximum support for its development. It’s for this reason that after a few months of work, a decision has been made to conduct a strategic reorientation of the project and make some changes to the initially proposed model. The only aspects that have been modified from the initial approach are that the investment to launch VISC+ shall be exclusively public and that the recipients will be the Catalan research centres and the SISCAT providers.

Other important features of VISC+ at the time of its release are:

As some research projects that so far have benefited from crossing and analysing massive databases such as SIDIAP (managed by the Institut d’Investigació en Atenció Primària (IDIAP)) are coming to demonstrate, what is needed now is to empower VISC+ so that it starts to show results. This start up, which will only rely on public budget, will not have the force it would have had with mixed funding, but at least we know that it will count on the vital public consensus. Therefore, we begin.