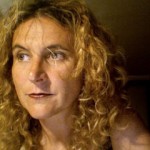 AQuAS and ACCC recently organized a data visualization workshop for health technicians and science journalists. The outcome of this session resulted stimulating and enriching for both profiles. Undoubtedly, sharing knowledge between disciplines encourages innovation and professional growth.

The workshop, taught by Eva Dominguez and Paula Guisado, showed visualization examples applied, mainly to journalism, but other institutions, are increasingly moving in the same direction. And it’s that the public rarely knows how to interpret and treat available data unless it’s accompanied by graphics and interactive tools. The Catalan Health System Observatory, for example, makes an extra effort to gather all network data from Catalan institutions in a single portal and, as Anna Garcia Altés explains, they are investigating how to use visualization tools with the purpose of providing a better service .

Journalists, meanwhile, are mostly self-taught since data journalism is a very new and still experimental discipline in the universities. However, involved media have already begun to incorporate small departments and laboratories where the featured developed products are produced: La Vanguardia and El Mundo are good examples. El Periódico has also launched some initiatives, such as Fuga2 where these tools were used to explain the exodus of scientists abroad. Internationally, the contributions of the New York Times, The Guardian in Britain and La Nación in Argentina are well-known. Moreover, in our country, journalists and programmers have created specialized companies like Data’n Press and organize annual conferences in the CCCB in conjunction with the Open Knowledge Foundation.

The collaboration between management, journalists and programmers with civic organizations, can have a lot more to offer. Everyone brings to the table what they do best and trusts others with a clear objective. The data are very easy to see if shown on special media such as the aforementioned but sometimes their civic utility value is lost. That’s why, new projects are taking shape such as “A tu Servicio” in Uruguay, platform for comparing indicators to help decision making when changing health centres and other issues. Is the result of a close collaboration between the Ministry of Public Health of Uruguay, the association DATAUY and the support of the Avina Foundation. More than 30,000 people were able to compare and choose thanks to this platform that has been finalist in the Open Data Awards 2015.