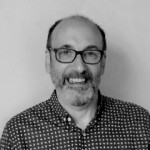 In recent years there has been an increase in the prevalence of chronic diseases partly due to increased life expectancy, an aging population and improved health care. These factors have also led to the emergence of patients with a high number of simultaneous illnesses with a high risk of de-compensation. These patients represent a relatively small percentage of the population but they use up a high amount of health resources. In fact, we can say that, with respect to chronic patients, multiple morbidity is the norm, not the exception.

In these circumstances, the stratification of the population at risk groups, which allows us to know and anticipate future health resources needs is an objective set out in several strategic areas defined in the Catalan Health Plan (2011-2015) and is especially relevant in the transformation of healthcare models (making them more proactive), in the treatment of chronic diseases (establishing target populations for certain actions) and the integration of health and social care levels. 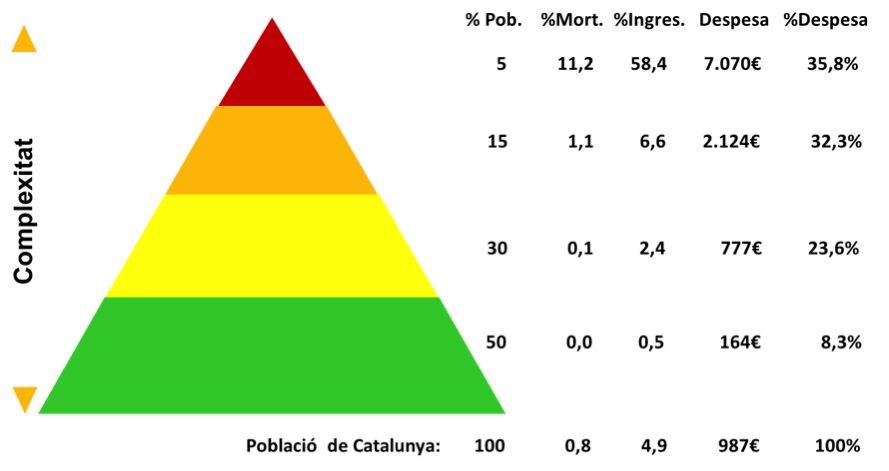 At the top of the pyramid stands the 5% of the population with the highest degree of complexity. This group has a high mortality rate (11.2%), an urgent hospitalization rate of 58.4 per 100 insured patients and an annual expenditure of € 7,070 per capita. Specifically, in 2014, 35.9% of the Catalan health care spending was spent on this 5% of the population.

The stratification process takes place twice a year and the information obtained, at the individual level, is published with this periodicity in the Història Clínica Compartida (Shared Medical Records) to be accessible to health professionals when attending to patients, thus facilitating monitoring and the design and implementation of proactive interventions in high-risk patients. In addition to its assistance use, this information contributes in a highly relevant way, as an adjustment variable, to the development of predictive models, resource allocation or developing benchmarking tools.

Briefly, stratification can be a useful tool in various processes, with diverse objectives such as improving the quality of care, the effectiveness and efficiency of the health system, the detection and the reduction of variability in clinical practice, the improvement of assessment techniques and, ultimately, the decision-making, both at micro and macro levels.