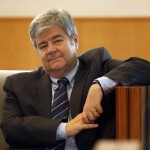 In El bienestar desigual (The Unequal Welfare), I analyze the deplorable state in which our welfare system nowadays finds itself. The title is not a pun, but an acknowledgement of the reality of a discontented citizenry, accustomed to expect more and more social protection.

The economic crisis brought about a certain degree of returning to the past. The lack of income growth and the consequent decrease in tax revenues, caused the customary levels of services with their new features that were taken for granted, to become financially unsustainable. Previously, social spending had been growing even above revenues, the recession at least slowed down its growth.

The outrage caused by sharing the costs of the crisis, the growing inequality of its incipient departure and perception that little or nothing has been done to immunize the economy against another future pandemic, have focused citizen’s hate towards social spending cuts. Consequently, political circles and citizens protest against austerity without assessing what has been achieved and without questioning how it has been achieved, whether the same or less may be better and even more reasonable when faced with potential waste; all of these factors erode financial sustainability and nurture professional corporations who want to be able to decide as self-employed and be charged as employees. 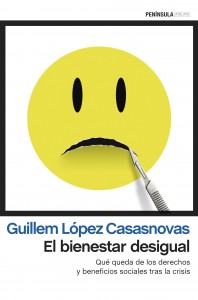 Within this context, health issues became the focus of political battles, and as a result, the perception of good health that objectively used to characterize our health care system, became tainted. For this reason, its users and professionals became fearful of the alleged privatization of one of the most esteemed citizens welfare services. But economics is a discipline: resources are limited; its various alternatives should be considered since we cannot spend what is not cashed in. Thus, without redirecting the growth of social spending and/or increasing the tax burden, the resource deficit is nothing but a sign of lack of solidarity towards future generations.

What could be presented as intra-generational solidarity (rich versus poor) becomes an inter-generational lack of solidarity, with a collapse of the balance equity that generations are confronted with. Therefore, beyond improving funding, we must reassess the old instruments of our social protection expenditure, incorporating elements of innovation and of deterring inertia. For example, public health provision should aim for a joint funding for all services that are fully cost-effective. And for the services that remain outside of the public service as unaffordable – effective but expensive – maybe it would be worth implementing a system of 100% co-payment for the richest and an accompanying variable percentage for the other groups. This would mean not taxing the co-payment, but including co-payment services in the tax declaration. This would require linking the degree of health consumption susceptible to co-payment to taxable income as if it were a benefit that in essence is not free.

The changes require new values, a culture and a way of understanding citizens’ welfare that has yet to die, still hoping to glimpse what is not yet born, to quote Gramsci. Old is the claim that the state accompanies us from the cradle to the grave. What is new, is a society that promotes individual responsibility and only attends to rescuing individuals in adverse circumstances for which the lack of self-care can be ruled out. Reorienting social policies is not just a matter of budget; it involves identifying the origin of inequalities and determining the best environment from which we can address them.