Today, we interview Olga Martínez expert at the Catalan Arthroplasty Register (RACat) and Xavier Mora, specialist in traumatology and orthopaedic surgery with a Master in biomaterials. They are two professionals involved in arthroplasties, a subject of great impact among a large sector of the population. We focus on aspects of recommendation and prognosis related to the pathology and on the value of registries for quality care.

In what cases is an arthroplasty intervention recommended?

Xavier: The most important surgical indication to carry out a knee or hip arthroplasty is arthrosis. Advanced arthrosis has a considerable social impact with a loss of life quality for the person affected due to pain, a loss of personal autonomy and an increase in dependency. In addition, the loss or reduction in mobility can worsen existing diseases such as diabetes or heart diseases. It is in these situations when an arthroplasty is recommended which will reduce pain and improve joint mobility.

Olga: In our field, according to the data from the Conjunt Mínim de Dades dels Hospitals d’Aguts (Minimum Set of Data from Acute Care Hospitals) and the Catalan Arthroplasty Register (RACat), the main reason for an intervention in knee and also hip arthroplasties is arthrosis. In the case of the hip, femoral neck fractures are the second cause for arthroplasty recommendation.

It seems that there are more and more people who undergo arthroplastic surgery each day to implant a prosthesis. Is this a fact?

Xavier: Yes, around 9,6% of the Spanish population suffer from this disease to some degree, a percentage that increases up to 33,7% among people aged between 70 and 80. With the ageing of the population, it is evident that there will be an increase in the number of people who could be candidates for arthroplastic surgery in the future. In the context of Catalonia, if we do a simulation with 2026 as the time horizon, based on data from the Idescat, the population aged between 15 and 39 will decrease while the population of 40 to 64 will increase (227,000 people and 330,000 people respectively).

Olga: At present, knee arthrosis has a prevalence of 10,2% and that of the hip is around 5%, more frequent among women, even though the data vary between one study and another.

The AQuAS, the Agency for Quality and Health Assessment of Catalonia, has been managing the Catalan knee and hip arthroplasty registry (prosthesis) for many years. What purpose does a registry like this have?

Xavier: The aim of all orthopaedic surgery is the survival and good functioning of a prosthesis and in consequence, the improvement in the quality of life of patients. Although a prosthetic implant undergoes strict manufacturing procedures before being used and follows a rigorous surgical technique during surgery, the functional results in a patient need to be assessed via follow up sessions from the time they receive an implant. To this effect, arthroplasty registries can help detect models of prosthesis with a malfunction, both in the short and long term, and identify the patients who have received these implants.

Olga: This is what happened a few years ago with the ASR model, a hip prosthesis that some publications and registries, such as the National Joint Registry, pointed out due to an unusual increase in the rate of revisions. This motivated an international health alert and a protocol was adopted to monitor patients.

Olga: One of the first prosthetic failures that prompted the creation of registries was that of the 3M Capital Hip, a hip prosthesis introduced in 1991 in the United Kingdom as an inexpensive prosthesis. After six years and more than 4,600 prosthesis implants, the risk of undergoing a revision was considered to be 4 times higher than that expected with the added difficulty of the traceability of the implants as no registry existed at a national level.

Olga: The Registry for Arthroplasties of Catalonia created in 2005, an epidemiological tool of surveillance in the Catalan Health System, stemmed from the collaboration between the AQuAS, CatSalut and the Catalan Society of Orthopaedic Surgery and Traumatology.

Are there other similar experiences of registries of this type in other countries?

Olga: Sweden (1975) and Finland (1980) were the first countries to push for a national registry of arthroplasties of a demographic nature.

Olga: At present, many countries have implemented this tool, be it in Europe, America, Oceania, etc… with different territorial coverage, but with a common aim: to be a valid instrument in assessing arthroplasty procedures and implants used.

As a patient or as a family member of a person that suffers from joint arthrosis, what is the message that you would like to get across based on your experience?

Xavier: The first consultation that a patient has is always because of the pain they are experiencing in the hip or knee joint when walking, going up or down stairs, getting up from a sitting position in a chair, having difficulty to put on shoes, etc. The aim of treatment should be to eliminate pain by using medication, doing physical exercise and physiotherapy that help improve 95% of patients. An arthroplasty intervention should only be considered as a last therapeutic resort. In this context, shared decisions between professionals and patients are very important too when talking about arthroplasties. We should all ask ourselves whether the best option to reduce this pain is to implant a prosthesis.

Does a patient go back to normal routine life after an arthroplasty intervention?

Xavier: After a surgical intervention and once the period of functional recovery has come to an end, a normal lifestyle can begin, due to the disappearance of pain and an improvement in joint mobility. In certain cases, constraints will be limited to intense activity that could overburden the joint. 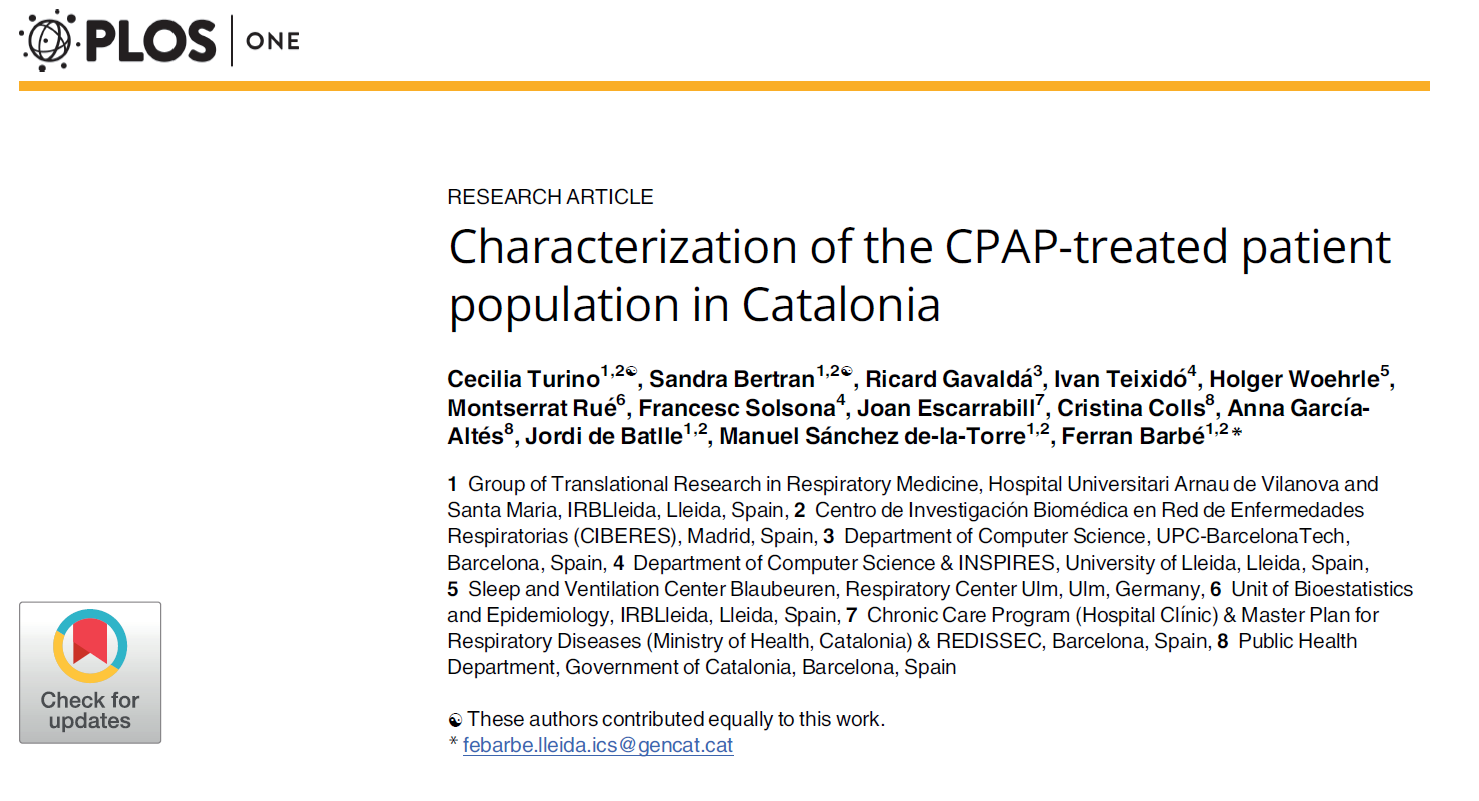 Today we are inaugurating the AQuAS Blog Awards 2017 to reward the most read post of the year.

In this first edition, the award was a contest between five finalists: Assumpció Mestre, Lluís Bohígas, Emili Vela, Paula Traver and Cristina Colls, as we explained a few days ago here.

The winner of the first edition is Emili Vela with the following post: 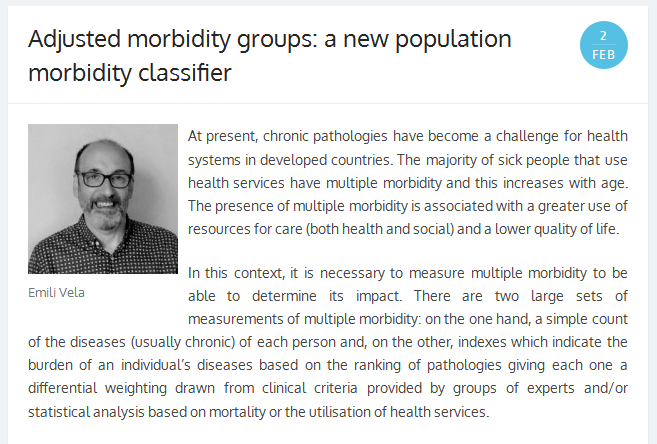 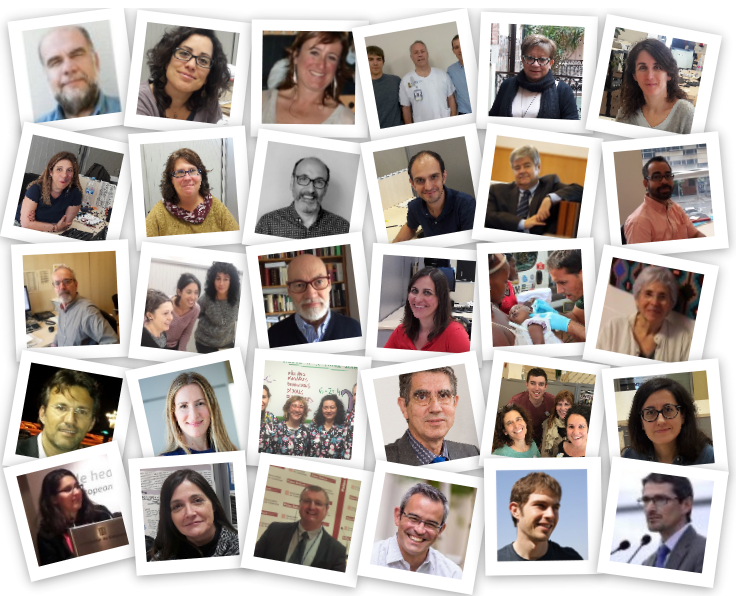 Many thanks to everybody!