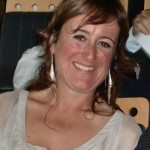 Some last generation biotech drugs such as Sovaldi (Sofosbuvir) for hepatitis C, or Avastin (bevacizumab) for breast cancer are putting the health system at a crossroads. Although the price of Sovaldi is still unknown, by projecting the price obtained in other countries over the prevalence of hepatitis C in our context, we can forecast an outrageously high figure. Meanwhile, since its release in 2004, Avastin has been a top selling drug that in a few years has obtained the approval for use in the treatment of five tumour types and its use in fifty others is being investigated.

In the United States, it’s estimated that biotech drugs are responsible for 70% of the increase in drug expenditure in recent years. The turnover’s relevance is very often reflected in the newspapers’ health pages. This set also encompasses drugs for rheumatoid arthritis and multiple sclerosis.

The issue transcends the anecdote, as shown in an interesting article last month about the value of the new drugs. At reviewing effectiveness (in terms of years of life adjusted to quality- -AVAQ-) and cost-effectiveness ratio of the drugs approved by the FDA between 1999 and 2011, Peter Neumann and his co-authors found that most of the drugs provide modest benefits compared to the traditional drugs: 32% showed no additional benefit; while from those who did, a third reached figures below 0.1 Incremental AVAQ (which would be equivalent to five weeks of quality-adjusted survival), and two-thirds less than 0.3 AVAQ (15 weeks). There are also 14 last generation drugs and 2 traditional drugs that offered more than half AVAQ benefit (6 months quality adjusted survival). However, its cost-effectiveness is also much higher: 2 of them had less than € 50,000/AVAQ ratios, 3 between 50,000 € / AVAQ and 100,000 € / AVAQ, and 6 above € 250,000 / AVAQ. All this does nothing more but reawaken the debate on the threshold of cost-effectiveness value that, as a society, we’re willing to pay.

Sovaldi and Avastin cases remind us that society can not avoid taking difficult decisions between technologies that may improve health. Despite its problems, the cost-effectiveness threshold is a useful tool for making well informed decisions, and should be used with seriousness and consistency. It’s possible that, at the current price and in certain population groups, Sovaldi may fit into the traditional limits of cost / AVAQ, but its widespread use does raise some serious doubts about the likelihood of a return as well as many questions about which services should be stopped in order to finance it.