Well, let’s say that in Juan Luis Guerra’s merengue song (1990), it was bilirubin that was on the rise:

It is evident that it is something difficult to treat, but who cares, it could also have been serotonin, dopamine or noradrenaline. After all, love alters everything and things would rhyme just the same. Whatever the case, if there is one thing that should best be avoided, it is a rise in bilirubin, because one can end up jaundiced or, as they said in the past, with an excess of bile.

What is true is that melatonin starts increasing in all of us when it begins to get dark, before going to sleep, following a circadian rhythm set by our hypothalamic biological clock. The pineal gland, where Descartes thought there was a connection between the mind and the body, where he placed the soul, segregates this hormone that induces sleep and thus, works better when restful sleep eludes us, that is, when there is a delay in the onset of sleep.

New physiological actions of this hormone are discovered every day which means that it almost acquires the quality of a “miraculous molecule” due to its ubiquity and the number of activities in which it takes part (antioxidant, neuro-protector, anti-cancerous, immunomodulation, etc..).

Melatonin, which is mostly obtained synthetically, is marketed as a drug (prolonged-release tablets of 2 mg) and as a nutritional or dietary supplement (doses of less than 2 mg). This difference, we are talking about 0.02 mg, is in itself a little surprising and even more so bearing in mind that there is only one drug with melatonin but on the other hand, there are numerous supplements that contain melatonin (on its own or in combination with other products). The requirements, in one case or another, are very different. While there are countries in which melatonin is marketed on its own or as dietary supplements, in others it is only found as a drug which requires a doctor’s prescription, and in Europe both situations exist. In Spain, a medical prescription is needed but it is not a publicly funded drug and as a supplement, as mentioned before, there is a wide range of products.

As a drug, it is authorised by the European Medicines Agency (EMA) in people aged 55 or over and in treating primary insomnia for a limited period of time. The EMA considers that melatonin is effective albeit with a small effect size in a small fraction of the population but with a more favourable safety profile than other hypnotic drugs. 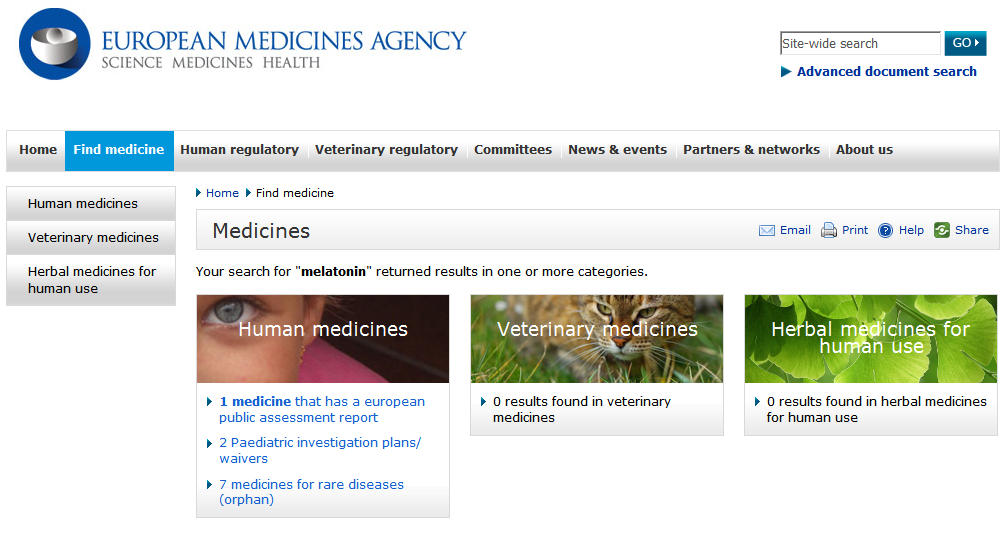 It is known that as one gets older the secretion of this hormone decreases and yet all clinical practice guidelines or recommendations in the approach to insomnia primarily advise sleep hygiene measures followed psychological interventions. Nevertheless, the data of pharmacological consumption shows an increase in prescriptions of hypnotic drugs and sedatives, especially those derived or related to benzodiazepines.

The EMA has asked for more studies on melatonin at a paediatric level despite the fact that there is data which seems favourable in children with an attention-deficit hyperactivity disorder or with autistic spectrum disorder where sleep hygiene and psychological interventions have failed.

The report “Exogenous melatonin in the treatment of sleep disorders: efficacy and safety” drawn up by the AQuAS talks of these and other related subjects, mentioning the wide range of para-pharmaceutical products that contain melatonin. 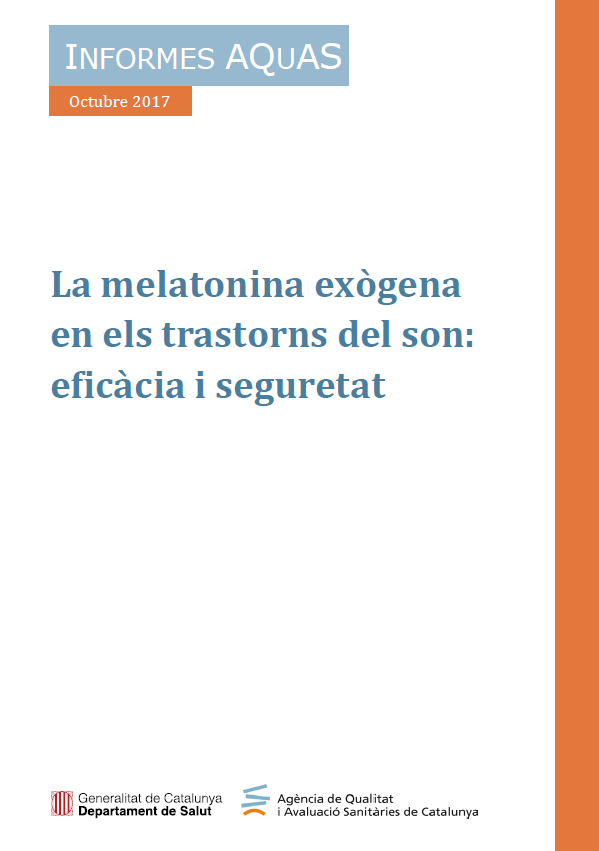 As a dietary supplement or a drug, there are unequal demands by regulatory agencies in Europe (food safety, drugs) in terms of its authorisation for marketing. It is a known fact that the variability in the quality of a product, its formulation, dosage and combinations in supplements and so on, in part explain the heterogeneity between studies observed in some meta-analyses, also contained in the report.