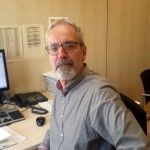 is a scientist and professor originally from Greece, currently working at Stanford (Meta-research Innovation Center – METRICS) who is, undoubtedly, among the most prolific authors of medical scientific literature.

Some of his papers, alone or in collaboration, have had a great impact. Who does not remember the one entitled “Why most published research findings are false?”. Nowhere in his large output will you find trivialities, and he recently came to Barcelona to speak about defective research and even about the waste of resources this implies. But we will leave the latter topic for another occasion.

The paper by this author I want to comment on is the one written in collaboration entitled “Undue industry influences that distort healthcare research, strategy, expenditure and practice: a review” published in 2013 in European Journal of Clinical Investigation.

One might think that all has been already said about the (bad) influence of drug and health care products industries. There is even a literary body or genre in biomedical scientific publications exclusively devoted to this topic. And books abound, too. All that could be said has been said. Well, actually it hasn’t. Undue influence, such as biases, is far more subtle than we think. It is often hard to tell how, similarly to interest conflicts in biomedical research or in prescription practices, the one who does it refuses any influence, since science could not admit it, as its own deontology doesn’t. Fools!

What is interesting about this paper is its review nature, not only for the number of papers gathered, but because it provides a more integrated (re)view of the different elements upon which industry acts, or is allowed to act. It should be noted that the interests and profit of the drug and health care products industry are quite legitimate, but it clearly shows some specifics that put it aside from other manufacturing industries, and not just because its important investment in R+D+i. It is believed to be one of the most profitable industries, possibly due to its large margins, but also because human diseases and ailments are here to stay, even though their end –which both the poor and the rich want to delay– is ultimately inescapable.

Ever since I learned it, I am very fond of a quotation by George W Merck (1894-1957) who for 25 years chaired the drug company that bears his family’s name (1925-1950). As this visionary man said: “We try to remember that medicine is for the patient. We try never to forget that medicine is for the people. It is not for the profits. The profits follow, and if we have remembered that, they have never failed to appear. The better we have remembered it, the larger they have been.“ I wonder what he would think of it now.

Coming back to Ioannidis and his paper, there he follows the outline of how this (bad) influence acts, and the main elements –which changed with time– upon which it exerts its distorting effect, although not as an exclusive factor. Governments, as with other industries also regulated by them, play an essential role.