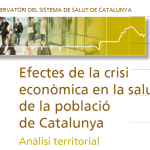 With his passing away, Dr Joan Rodés (1938-2017) will be remembered by many people in person, and in many fields, for those who had the good fortune to know him as a doctor, researcher, manager and assessor (of politicians), as his was a life full to the brim. No matter which professional activity he took part in, and with the responsibilities he took on throughout his life, he left his mark and the accolades expressed these days are a clear demonstration of this.

To AQuAS (originally AATM), Joan Rodés has been an exceptional figure and I say this without any rhetoric whatsoever. When the Agency was created in 1994, he presided its scientific board of assessors and at the end of 1999, when the institution became known as Catalan Agency for Health Tecnology Assessment and Research (CAHTA), in Catalan Agència d’Avaluació de Tecnologia i Recerca Mèdiques (AATRM), he presided its Administrative Board, a position that he held till 2010. It was in that period (2000-2006) that, due to my responsabilities within the Agency as Managing Director, I was able to get to know this great personality more closely, very much a big strong fellow (in Catalan, a homenot) was Joan, as Josep Pla would say. At that time, we saw each other often, and I had frequent exchanges with him, aside from the more or less termly meetings of the Administrative Board. I did this in that minute office of the haematology services and later in that of the General Manager at the Hospital Clinic.

No matter what the position he occupied, he was always watchful -very much so- of events at the Agency, being a great facilitator of its duties. It was like this, without a doubt, because with Joan Rodés there was no need to convince him of the importance of informing well about decisions taken in the health services, using the most updated and precise knowledge that was available, not only that regarding the benefits and risks to health of medical interventions, but also in terms of its economic, ethical and social impact. For him and I quote his words literally from the AATRM Newsletter, 10 years of the Agency, of November 2004:

“critical assessment and continued learning are basic tools that need to be maintained and improved, not only by the Agency, in its everyday activity, but also by all the multiple actors and stakeholders in the health system (professionals, managers, politicians and citizens) that wish to continue sustaining this element of such importance for our social well-being”

I said this because of his role of facilitator as highest representative of the Agency giving constant support to the activities it carried out, but also because of his extensive experience and network of relationships that contributed to giving strength to many initiatives that were then being undertaken, especially in the field of research and its assessment. I was able to discuss this with him on many occasions at a later date, and I never once perceived an interventionist or managerial attitude; quite the opposite, always with a laissez-faire approach where each one had to do their assigned task (the technicians and managing director of the Agency, the scientific board and the administrative board) while facilitating that of others.

It has always been a great pleasure for me -a privilege better said- to have maintained contact at dinners and get-togethers, even during the last period in which his respiratory illness worsened, but he would still go to IDIBAPS from time to time despite this. I cannot end without saying that during those times when we would talk about any and everything (medicine, science, politics, society, the past, present and future) we had a really good laugh. Then as now that you have left us, you are and will very much be in my thoughts.