These models of organisation, or systems of stroke code as they are known in our environment, started being developed at the end of the 90s and beginning of the year 2000 in response to the evident difficulties observed in accessing intravenous thrombolytic therapy, a highly time dependent treatment, eminently due to the delay of the arrival of patients at emergency services.

Rightly, these difficulties were overcome by developing organised systems of care where a protocol was established for the rapid transfer of these patients to specially designated and previously alerted hospitals equipped to manage these cases expertly.

Recently, we have scientific evidence that establishes that a mechanical thrombectomy is the new therapeutic standard in the case of strokes caused by large vessel occlusion in the brain, clinically more severe, where the effect of intravenous thrombolysis is very limited (30% maximum rates of revascularisation). A mechanical thrombectomy, however, is a highly specialised and complex treatment that needs to be undertaken as quickly as possible in centres with advanced technology to guarantee adequate results.

This recentralising tendency in carrying out endovascular treatment contrasts with the decentralisation which was done in its day to ensure an adequate access to thrombolytic therapy which by nature needs to be administered in the first 4,5 hours after the onset of symptoms. This is why nowadays we talk about a change of paradigm to refer to the obsolescence of the models in stroke care developed in the era of thrombolysis, now that we are fully in the thrombectomy era.

The situation today is even more complex if we bear in mind what the mechanical thrombectomy trials established: that endovascular therapy was better than medical treatment, including intravenous thrombolysis. As a result, the current standard of care establishes that, with patients having no contraindications for thrombolytic treatment, this care must be given as soon as possible before a thrombectomy.

In urban metropolitan areas, mostly served by hospitals with the capacity of carrying out both treatments, the translation of the results of trials to clinical practice does not pose a problem.

However, the question is: what needs to be done when there is a stroke in one of the areas primarily covered by centres without endovascular capacity? Should we hold the patient back in the nearest stroke hospital, and in this way prioritise intravenous thrombolysis, even if by taking this decision we are in fact delaying the arrival of the patient at the tertiary stroke centre, the only one with the capacity of carrying out a thrombectomy? Or should we transfer these patients directly to the tertiary stroke centre with the understanding that a thrombectomy is the only valid therapeutic option in these cases, even if this means delaying or disregarding intravenous thrombolysis?

This is, in fact, the controversy between the “drip-and-ship” model which prioritises thrombolysis, and the “mother-ship” model which adopts the opposite approach and defends the direct transfer to a tertiary hospital where the entire process of care can be performed: from an ultra-rapid diagnosis to whatever type of reperfusion treatment.

If that weren’t enough, one must bear in mind that these models are based on the prehospitalisation selection of patients strongly suspected of having a stroke but without confirmation or diagnosis, nor of the subtypes of stroke, ischemic or haemorrhagic.

At present, we do not have the necessary evidence to prioritise the transfer of patients with acute stroke following either the “drip-and-ship” or the “mother-ship” protocol and this is why the RACECAT (NCT02795962) is being carried out in Catalonia since the beginning of 2017 which aims to provide answers to this controversy.

This study has been made possible thanks to the effort of a large number of health professionals: from those in charge of prehospital care (SEM/112), specially trained in the use of the RACE scale (a scale to assess the gravity of stroke and, therefore, those cases with a higher probability of having a large vessel occlusion and susceptible to being treated with mechanical thrombectomy), to the people in charge of care in each of the 26 hospitals in the stroke code network in Catalonia. Would you like to know more? Then you must watch this video.

The RACECAT trial is being carried out at present and in a couple of years, the evidence obtained from this study will allow us to modify the circuits of care in the case of a serious stroke code and so be able offer the greatest clinical benefit to these patients.

Stroke has a high incidence, a growing prevalence and is the pathology with the second highest impact in the world in terms of disability among adults. Despite important advances in acute stroke management, which have led to a progressive decrease in acute stroke deaths, in terms of residual disability, stroke continues to have an extremely high impact on survivors, their families, their caregivers and on society in general.

Evidence shows that the approach to patients throughout the process of care in stroke, from the acute phase to the rehabilitation phase, needs to be multidisciplinary since patients have multiple health care and social needs which require a strong coordination between the different levels of healthcare. However, the tendency is still to organise conferences and congresses focused on only one speciality or level of healthcare.

On the other hand, and in self-criticism, even though stroke is one of the main reasons for using intermediate or long-term healthcare services, this sector almost never takes part in the decision making process of stroke care organisation. Neither does it do much research in stroke and in general, tends to put little thought into improving knowledge in treatments or in innovating the organisation of services compared to, for example, other conditions such as thighbone fractures.

This is why the Parc Sanitari Pere Virgili organised a monothematic symposium on 27 October, two days before the World Stroke Day. It focused on the treatment and management of stroke in elderly people from a different perspective: we traced the trajectory from the “needle” of the thrombolysis in the acute phase, passing through rehabilitative care and “reablement” in the post-acute phase, to the transition back to home life, describing the care given to patients especially, but not forgetting the attention caregivers need. 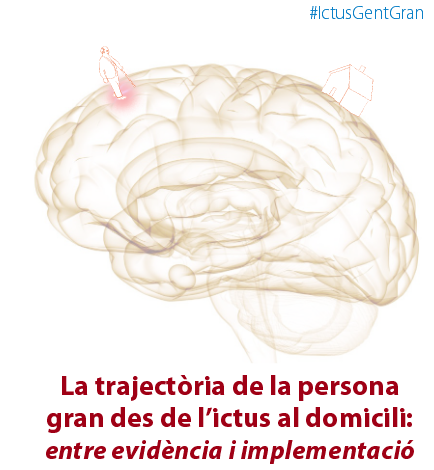 The presentations reflected and reinforced the need for a multidisciplinary approach in all phases of stroke. As an added value, in all cases the speakers not only combined recommendations derived from literature with their own practical healthcare experience but also provided data from their own research or innovation projects, in many cases with data published recently.

Among the speakers there was a varied representation from very different disciplines which included neurologists, geriatricians, physiotherapists, occupational therapists, speech therapists, social workers, a health economist and the representative of the stroke patients association who chaired a roundtable.

Some of the items that were highlighted most strongly during the symposium were:

In summary, much progress has been made in the treatment of stroke, especially in the acute phase, but innovation is also being carried out in the successive phases and the symposium showcased different experiences which have been implemented in our context. Drawing conclusions from the symposium, the take home messages are that a comprehensive view of the entire process is key, as well as an integrated and coordinated approach between the different levels of healthcare and social services. On the other hand, more research needs to be carried out especially in the post-acute and chronic phases resulting from the disease and this poses a challenge because of the difficulty in designing and implementing complex interventions where designs such as standard clinical trials are not the solution.