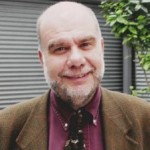 My grandmother told me that everything has advantages and disadvantages, pros and cons. Without any philosophical claim I find that, at least when it comes to medicine, she was right. And, for the avoidance of any doubt, I want to make it clear that I value the net results of medical interventions as clearly positive. Even in some cases where medicine has been applied to more natural circumstances such as pregnancy and childbirth or menopause, although illness and death are also natural occurrences. As far as I’m concerned then, the introduction of medicine doesn’t need to be harmful but we must not underestimate the adverse effects that medical practice and health care, by extension, generate.

The fact that medicine can harm us is something that has been well known since long a time ago. The Hammurabi Code, one of the first normative texts of humanity written almost four thousand years ago, not only refers but also punishes harmful medical practices. Much more famous, however, is the aphorism “Primum non noccere” presumably a translation of the Greek Hippocratic attributed to Galen, most likely as a teaching resource in his classes Auguste Chomel, preceptor of Pierre Alexander Louys, the creator of Numerical Medicine, teacher to William Farr and Lemuel Shattuck and a fierce critic of indiscriminate bloodletting. The Hippocratics, to put it clearly, at least insisted that the doctor should try not to harm the patient.

The report To err is human estimated in 1999 that the number of deaths caused by medical errors and negligence, especially in hospitals, was greater than the deaths caused by traffic accidents, breast cancer or AIDS1. Thinking, however, that the adverse effects could only be the result of mistakes or malice can lead to confusion. In fact a few months later Barbara Starfield estimated 225,000 deaths to be caused by adverse medical effects, including the unavoidable ones, a figure that is only based on cardiovascular and cancer2 deaths. And since then, the situation hasn’t improved. The latest estimates count about 400,000 of these deaths, only in hospitals3. Straight away, we must specify that what often happens, is that we intervene in very tight situations where the patient’s life hangs by a thread, and the risk of worsening their situation seems impossible; In the case of terminally ill patients it may be so, but we often intervene too readily without a well based expectation in improvement –a rather futile approach.

Of course we can also intervene in order to prevent possible future illness. And this is a situation that deserves a lot more attention and above all a lot more wisdom than we currently employ. Surely no one, or almost no one, prescribes preventative intervention with a bad intention; quite the contrary. It’s also because it’s not easy to realize the potential drawbacks that preventative practices can also have; side effects that include all and every one of the categories these activities4 usually classify into.

Examples of relevant adverse effects of primary prevention practices are some of the advice given by many paediatricians not only in good faith, but convinced of its logic; such as the recommendation of putting babies to sleep face down. Advice that, unfortunately after many cot deaths, has been replaced by the opposite; Or the hormone prophylaxis of coronary heart disease in postmenopausal women, the adverse effects that provoked the indignant Sackett editorial titled the arrogance of preventive medicine5. But also tertiary prevention may be iatrogenic, as illustrated by the practice of routine episiotomies that have caused some perineal tears that were as bad or even more serious than the spontaneous ones they were supposed to prevent. Because popular wisdom also states it: best is the enemy of good. And when the risk is very small, the remedy can be worse than the disease itself.

Although the scope of preventive iatrogenic corresponds to early diagnosis and treatment, the prevention is secondary. Early detection faces many problems due to the nature of this activity, since the diseases that progress very slowly, -which are probably the least malign- and even injuries that do not evolve, which strictly speaking are not diseases, are the most frequently detected resulting in false positive or, even scarier, to over diagnosis, true positives that instead of helping us confuse us6. For as when synecdoche was taught in the grammar class, we understood that the part is everything. A histological lesion is a cancerous condition but not necessarily cancer. There are some lesions that will never cause any clinical manifestations in the case of some tumours, such as prostate tumours especially, we don’t know how to distinguish adequately and hence the disadvantages of early treatment strongly discourage a population prevention policy.

All this must be said in order to encourage the most judicious use possible of the undeniable progresses of medicine, without falling into the drawbacks of therapeutic or preventive nihilism.